The Effective Solution Of Heat Dissipation In LED Floodlight

Generally speaking,Based on the way from the heat sink away from the heat, the radiator can be divided into active cooling and passive cooling. The so-called passive heat, refers to the heat through the heat sink，LED heat source naturally distributed to the air, the cooling effect is proportional to the size of the heat sink, because it is natural heat, the effect of course greatly reduced, It used in those space No demand for the equipment, or for the heat of the parts of the heat dissipation, such as part of the popular motherboard in the North Bridge also take a passive cooling, the vast majority of take the initiative to heat, active cooling is forced by fans and other cooling equipment.The heat will be sent out of the heat sink, which is characterized by high thermal efficiency, and equipment, small size.

Active cooling, subdivided from the way heat can be divided into air cooling,Liquid cooling, heat pipe heat, semiconductor refrigeration, chemical refrigeration and so on.

Air cooling is the most common way of cooling, compared to, it is also cheaper way. Air cooling is essentially the use of fans to take away the heat absorbed by the radiator. With the relatively low price, easy installation and so on. But the environmental dependence is relatively high, such as the temperature rise and overclocking its thermal performance will be greatly affected.Such as in the high power led floodlight structure designing.

Liquid cooling is driven by the liquid in the pump driven by the cycle of taking away the heat sink heat, compared with the air-cooled, with a quiet, cooling stability, the advantages of small dependence on the environment. The price of liquid cooling is relatively high, and the installation is relatively cumbersome. At the same time as installed in accordance with the instructions to install the instructions in order to get the best cooling effect. For cost and ease of use considerations, liquid cooling heat is usually used as a heat-conducting liquid, so liquid-cooled radiators are often referred to as water-cooled radiators.

The so-called chemical refrigeration, is the use of some ultra-low temperature chemical substances, the use of them in the melting time to absorb a lot of heat to reduce the temperature. It is more common to use dry ice and liquid nitrogen. Such as the use of dry ice can be reduced to below 20 ℃ temperature, there are some more “metamorphosis” players use liquid nitrogen to the CPU temperature down to minus 100 ℃ below (theoretically), of course, because the price is too expensive and the duration is too short Methods more common in the laboratory or extreme overclocking enthusiasts.

In general, the ordinary air-cooled radiator naturally choose metal as a radiator material. For the selected material, it is expected that it has a high specific heat and high thermal conductivity, and it can be seen that silver and copper are the best thermal materials, followed by gold and aluminum. But gold, silver too expensive, so the current heat sink is mainly made of aluminum and copper. In contrast, both copper and aluminum alloys have their advantages and disadvantages: copper thermal conductivity is good, but the price is more expensive, the processing is more difficult, the weight is too large, and the copper radiator heat capacity is small, and easy to oxidize The On the other hand, pure aluminum is too soft, can not be used directly, are the use of aluminum alloy to provide sufficient hardness, the advantages of aluminum alloy is cheap, light weight, but the thermal conductivity is much worse than copper. So the history of the development of the radiator also appeared in the following materials:
Pure aluminum radiator
Pure aluminum radiator is the most common early radiator, its manufacturing process is simple, low cost, so far, pure aluminum radiator still occupy a considerable part of the market. In order to increase the heat dissipation area of ​​its fins, the most commonly used processing method of pure aluminum radiator is aluminum extrusion technology, and the evaluation of a pure aluminum radiator is the main indicator of the thickness of the radiator base and Pin-Fin ratio. Pin refers to the height of the fins of the fins, Fin refers to the distance between two adjacent fins. Pin-Fin ratio is the height of Pin (excluding base thickness) divided by Fin, Pin-Fin ratio means that the greater the effective heat dissipation area of ​​the radiator, the more advanced the aluminum extrusion technology.

Pure copper radiator
Copper heat transfer coefficient is 1.69 times the aluminum, so other conditions in the same premise, pure copper radiator can be faster to heat away from the heat. But the texture of copper is a problem, many advertised “pure copper radiator” is actually not really 100% copper. In the list of copper, copper content of more than 99% is called acid-free copper, the next grade of copper for the copper content of 85% or less of the Dan copper. Currently on the market most of the copper radiator copper content is between the two. And some poor quality copper cooler copper content even 85% are not, although the cost is very low, but its thermal conductivity greatly reduced, affecting the heat dissipation. In addition, copper has obvious shortcomings, high cost, difficult processing, radiator quality is too large to hinder the use of copper heat sink. The hardness of copper is not as good as aluminum alloy AL6063, some mechanical processing (such as groove, etc.) performance as aluminum; copper melting point much higher than aluminum, is not conducive to extrusion (Extrusion) and so on.
Copper and aluminum bonding technology
After considering the shortcomings of copper and aluminum, the current market part of the high-end heat sink is often used copper and aluminum manufacturing process, these heat sinks are usually used copper metal base, while the cooling fin is the use of aluminum, of course, In addition to copper, there are heat sinks using copper pillars and other methods, is the same principle. With a high thermal conductivity, copper bottom can quickly absorb the heat released by the CPU; aluminum fins can be made with the help of complex means of the most conducive to the shape of heat, and provide a large storage space and rapid release, which In all respects found a balance point. 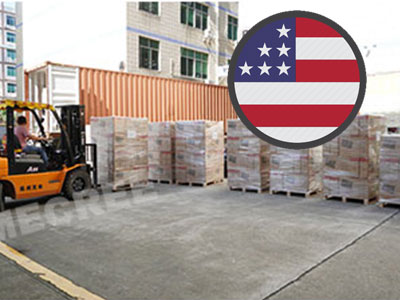 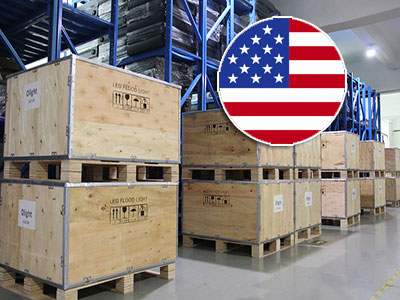