What happened in recent years regarding new stadium

Initial plans for redevelopment of Casement Park were unveiled more than a decade ago. That time was marked by disputes with local residents, political turmoil, as well as attempts to find financing. When the stadium design was presented in 2013, it was supposed to accommodate 38,000 people and cost ￡76 million (then €92 million).

A year later, locals successfully blocked stadium’s construction, arguing that the facility was too large to be built in a densely populated area. As a result of these protests, the building permit was withdrawn. 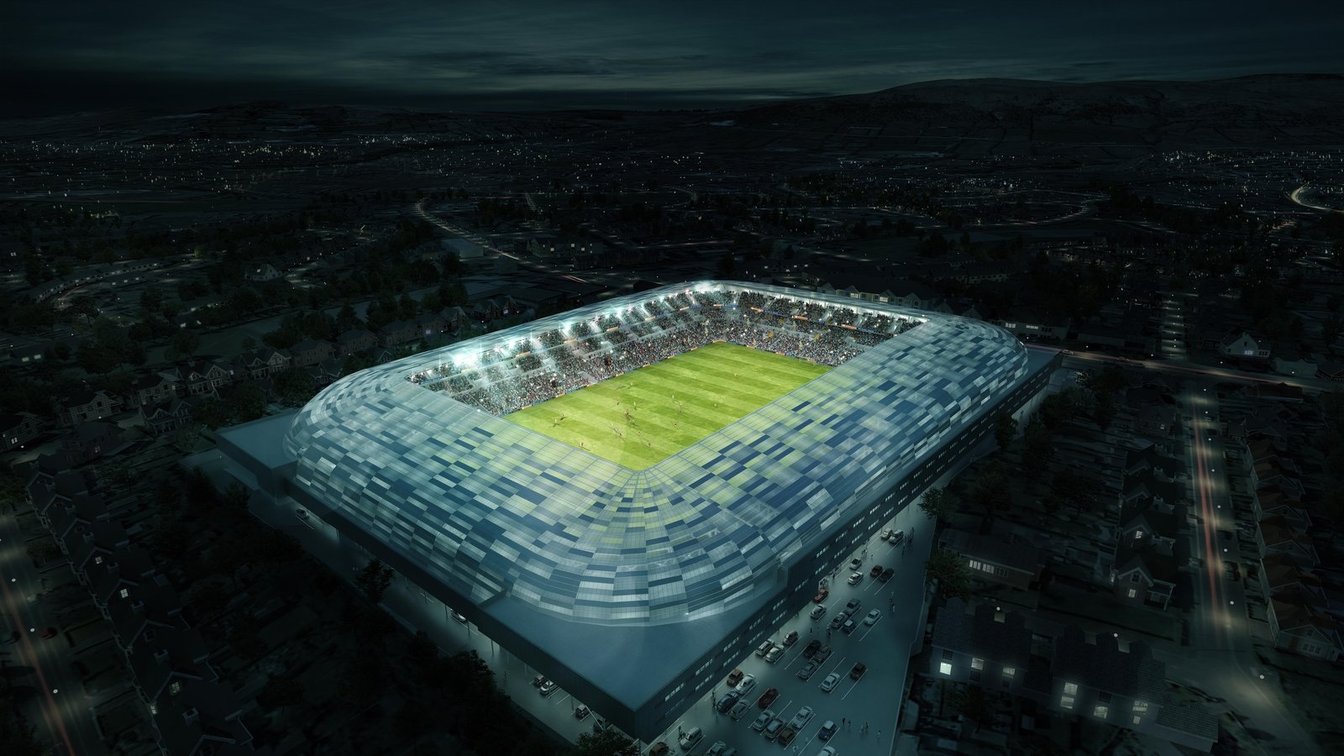 Over the next several years, there was a debate on how to make the construction possible. Finally, in 2017, a new concept was presented, where the facility shrunk to 34,578 seats. According to estimates from 2019, the stadium was to cost ￡110 million (then €127 million).

Last October, the Northern Ireland’s Infrastructure Minister Nichola Mallon recommended that the above-mentioned design be approved. However, it was not without further consultations that have recently been completed. The real breakthrough came on July 28, when Mallon confirmed that the planning process of the national stadium for Gaelic sports had reached a successful conclusion. 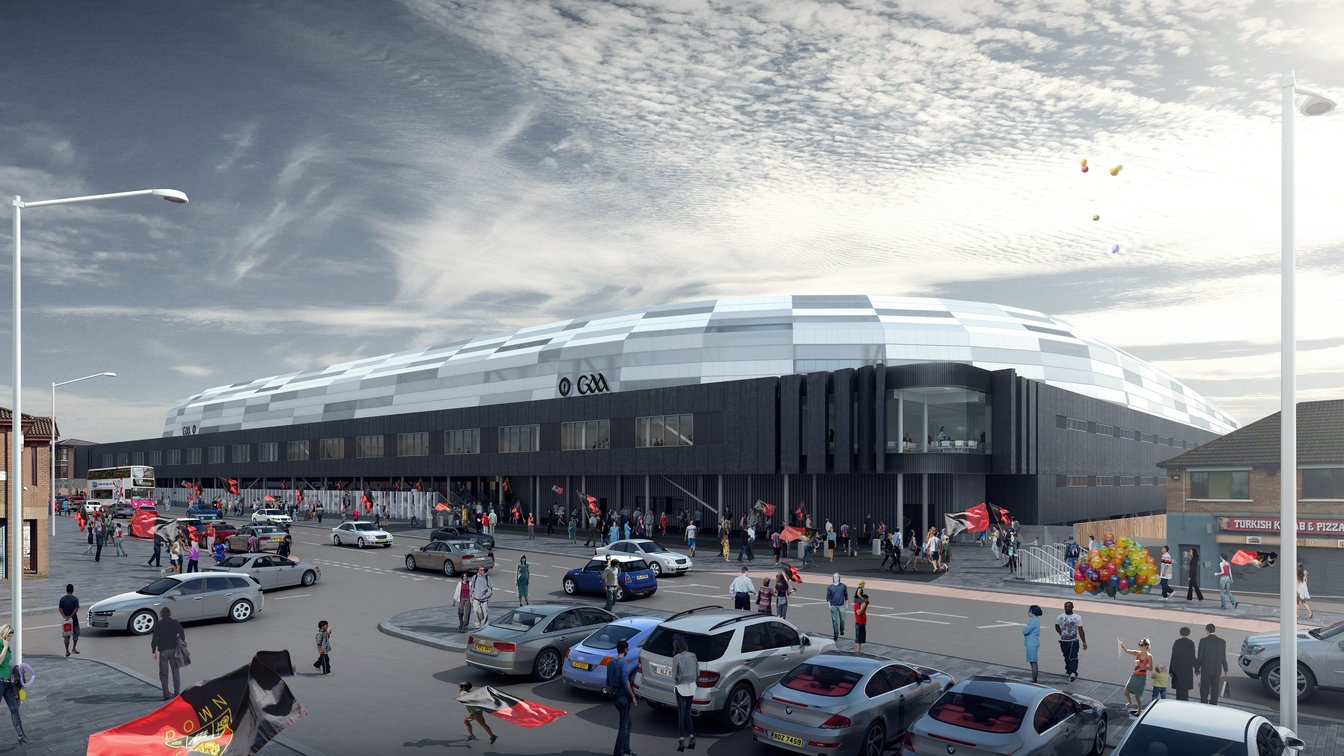 There is practically no chance that construction expenditure will come close to the amount presented in 2019, as the costs of materials and labour have increased significantly since then. How much have construction costs gone up? These will be disclosed when the construction commencement date is announced. It’s said that the cost could even hit ￡150 million.

Works are to last 2-3 years. Their start in the optimistic scenario would be before the end of this year, but the most realistic date is the first half of 2022. The construction of the stadium is scheduled to be completed in the summer of 2024. Residents can still raise objections and significantly delay the entire project. 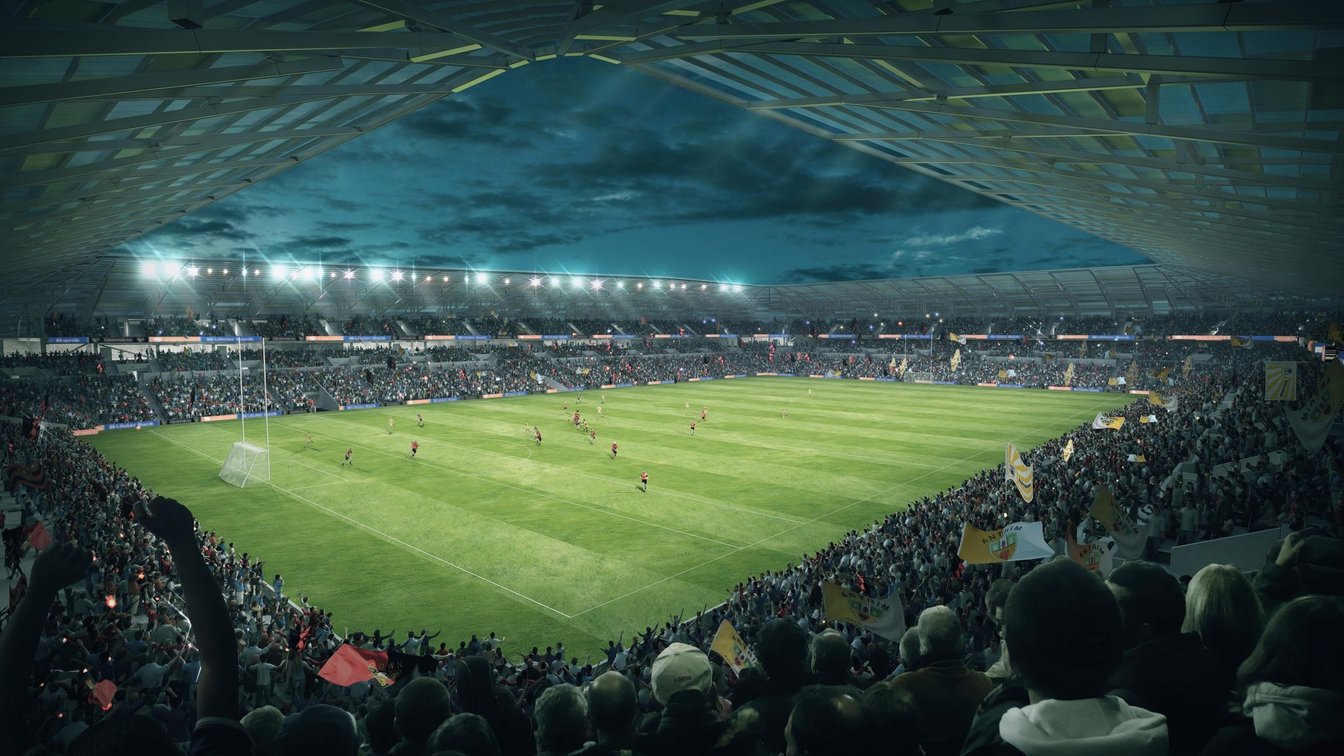 The Gaelic Athletic Association (GAA) aims to persuade local community that this investment will bring the neighbourhood to life. GAA representatives intend to hold a series of meetings with local residents and businesses to convince them of the usefulness of the new Casement Park.

Another serious problem is finding money for the project. The GAA has pledged to spend ￡15 million and is reluctant to increase its contribution. It was previously agreed that ￡62 million would come from public funds.

It seems that the missing amount – whatever it may be – will have to be covered by taxpayers. ￡11 million has been spent to date on project-related roles and governance, legal costs, surveys, statutory fees, and business case development.

0 replies on “Belfast: Approval given to Casement Park reconstruction”